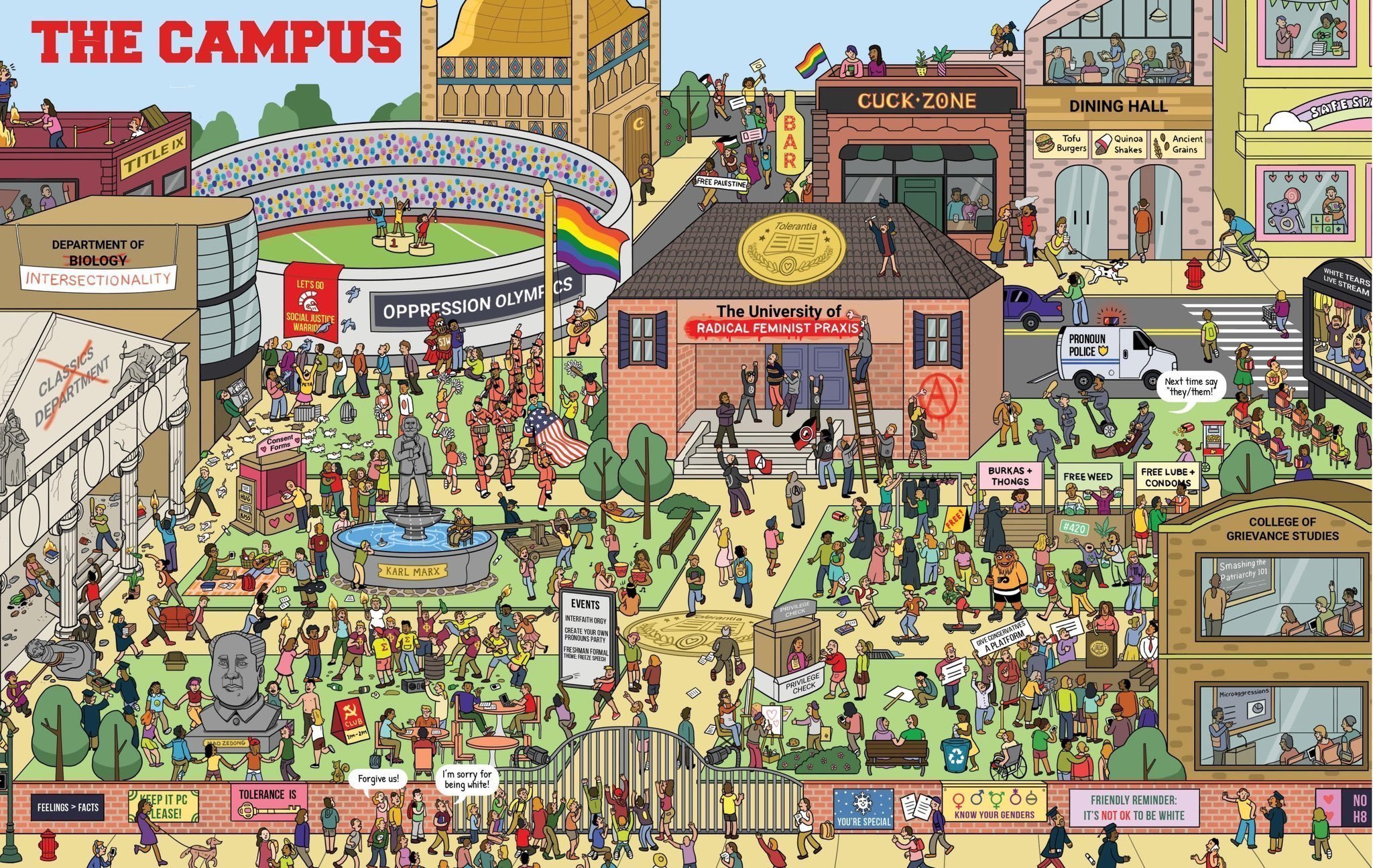 As Chuh writes regarding the work of Leslie Marmon Silko and Ruth Ozeki “one of the challenges confronting minoritized discourses now is precisely the need to generate ways of making sense beyond the paradigms of identity and representation, an effect of which has been to hold discrete what are in fact deeply imbricated histories, formations, and conditions” (loc. 1740).

In examining Monique’s Troung’s 2004 novel The Book of Salt, Chuh writes that for illiberal aesthetics “what is effected is not a simple reversal whereby the particular (the colonized, the racially marked, the other) takes the place of the abstract universal (the ideal subject of modernity), but rather, a sensibility that understands that the desire for universality, trafficked forcibly beyond specific time and place of emergence by the processes that realize imperialism and colonialism, subtends the modern world” (loc. 2183).

The conservative-liberal campus as depicted above thus “operates in this way, to narrow via common sense the parameters of acceptable and laudable desires. Rather than trying to expand such parameters, illiberal aesthetic inquiry takes the metrics of acceptability as object of knowledge, to remember and remind of their interested constructedness and to ask: What worlds correlate with the desires incommensurate to normative paradigms of judgment? To what and whose (dis)advantage is the regulation of permissible desires directed?” (loc. 2224)

I would perhaps add that the conservative-liberal perspective and aesthetic operates through a fundamentally anti-progressive mindset that can only reference static models of reality from a reactive rather than a fully and curiously aware sensibility.

This entry is licensed under a Creative Commons Attribution-NonCommercial-ShareAlike 4.0 International license.

Need help with the Commons? Visit our
help page Send us a message

Built with WordPress Protected by Akismet Powered by CUNY